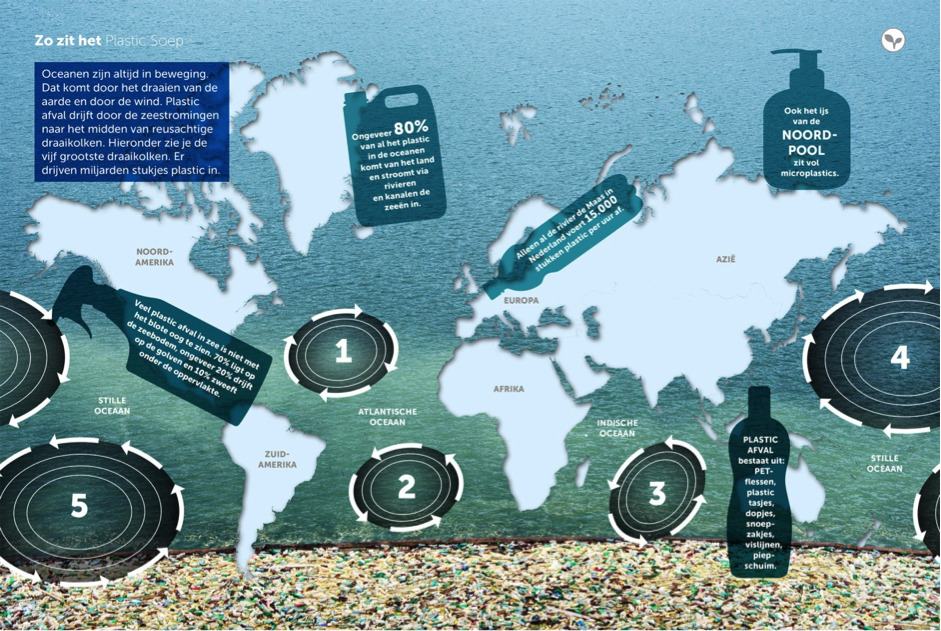 The Plastic Soup: a global problem

The plastic pollution of our oceans is known as the plastic soup, a colossal, global and almost immeasurable problem. Up to now, no exact data are available but estimates indicate that at least approximately 100 to 150 million tons of plastic waste is floating in our seas and oceans. In an area of at least 700.000 km² but probably even bigger than 15.000.000 km², the overall water column is polluted, from the bottom to the surface.

Plastic debris has been found even at a depth of 5 kilometer.

These numbers are staggering, as is the estimate that approximately 5 trillion pieces of plastic, from really small to very big, are bobbing about in our oceans. That is approximately 5.000.000.000.000 pieces. And this estimate might even be very cautious. Although it is disturbing that we only have estimates about the size of the Plastic Soup, the fact that the plastic pollution exists  is the worst part of the story. And although pollution by means of micro-plastic is nearly invisible, the pollution under the form of macro-plastics is very visible. There is currently only one way not to see it, and that is by looking away.

To make things worse, this problem gets bigger every day. Estimates suggest that per year approximately 8 million tons of plastic waste is added to the plastic soup. This is the equivalent of a truckload of plastic garbage per minute. Every hour of the day, every day of the year. If this continues, our oceans might contain up to 250 million tons of plastic waste by 2025. And this pollution is not stopped by any borders, making it truly a global problem. In fact, the greatest part of all plastic that enters the water one way or another, ends up in the plastic soup, the giant ocean area that consists of five huge rotating gyres that collect and concentrate all plastic waste.

All plastic waste eventually ends up in the plastic soup. 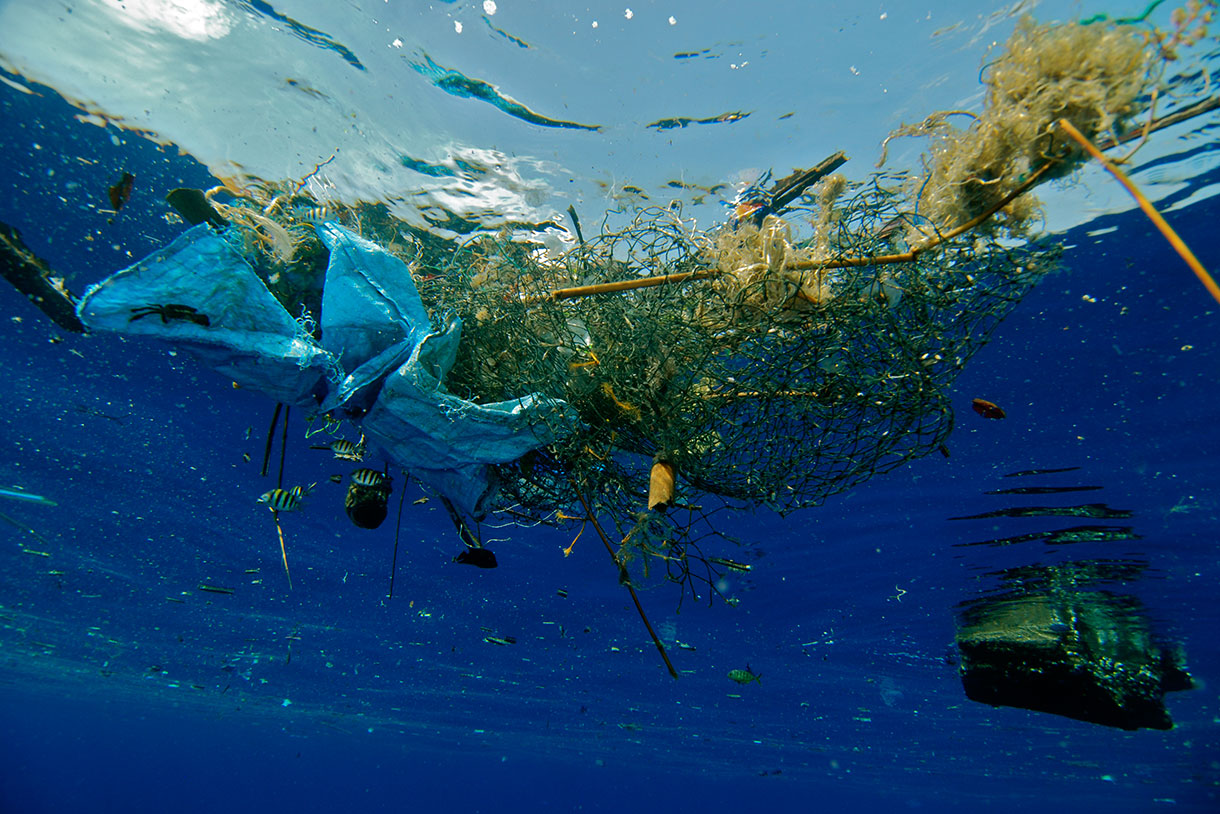 THE SURFACE OF THE PLASTIC SOUP IS IMMENSE

We are talking about a surface bigger than France or even twice as Germany. 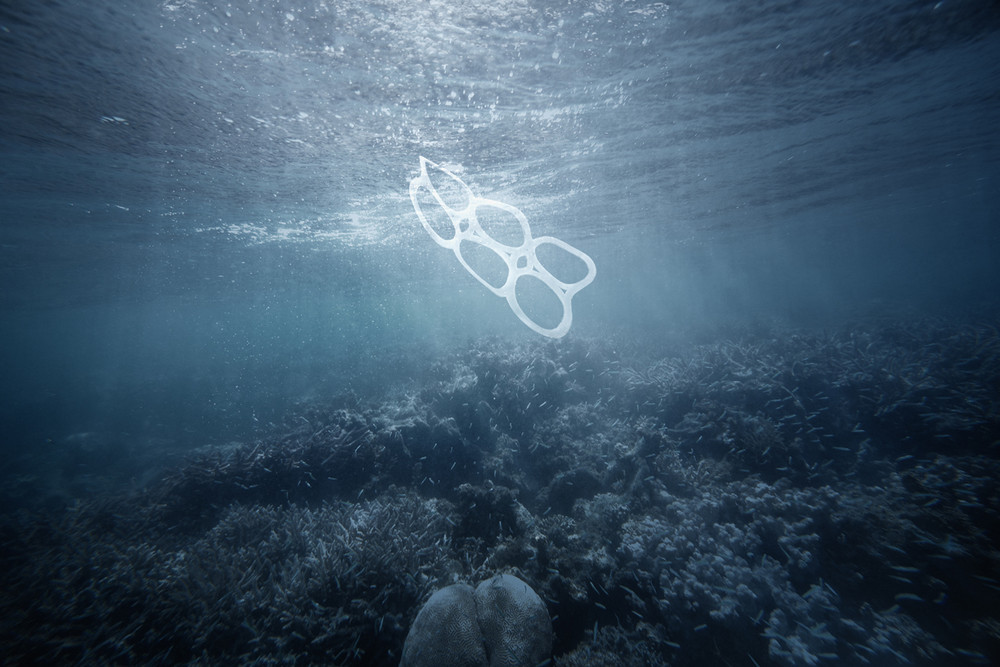 The surface of the plastic soup is immense by all means. To put it in perspective, it is bigger than the state of Texas, which is bigger than France and even double as big as Germany. And there is more. Next to the gyres, quite a lot of hotspots exist, in which the concentrations of plastic are also very high, often even higher than in the gyres. The Mediterranean Sea is a good example of such a hotspot. Plastic waste is dumped into the Mediterranean from all sides, but the principal connection to the ocean, the Street of Gibraltar, is too narrow to allow the plastic waste to flow out it.

The concentration of plastic in the Mediterranean Sea is as high as 116.000 pieces of plastic per square kilometer.

Also the Black Sea and the Baltic Sea are severely polluted by plastic. Other examples of hotspots for marine plastic pollution are bays (e.g. close to big cities), riverine estuaries, sea-patches close to industrial centers and areas where different sea currents come together.